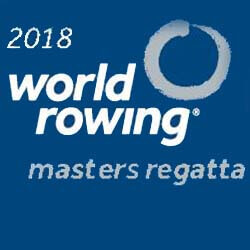 Belgrade is set to open the first events for the World Rowing Cup season, with races starting soon.

There are more than 500 rowers that are expected to take part in the events at the Serbian capital, and 42 nations will be involved across the three-day tournament.

There will be a total of 14 World Cup categories that rowers will contend for, as well as a further six international events.

Some of the rowers that have large fan support include Czech Ondrej Synek, who will be competing in the men’s single sculls. Alongside him will be gold medallist Time Ole Nastke from Germany, and Stanislau Shcharbachnia from Belarus.

Germany versus England are some of the more highly anticipated events of the World Cup, as the British, who won the gold at the 2016 Olympics look to have a strong team this year, more than worth for the current world champions of Germany, who are looking to take it all this year.

In the women’s single sculls, world champion Jeannine Gmelin is looking to gain traction as soon as possible. Her main challenger comes in the form of Austria’s Magdalena Lobnig, as well as Britain’s Victoria Thornley.

After the Belgrade events are complete, the World Cup will then move to Austria later in June, where Linz will accommodate the races. Next, Lucerne in Switzerland will take the reigns, hosting the third leg of the games which will be take place in mid July.