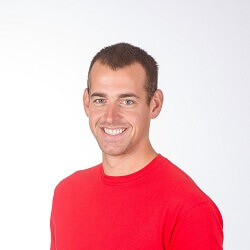 Matt Buie, a rower from Duntroon, is set to be on the starting line as the World Rowing Championships take off, and he’s using the opportunity to see how he fares against other world-class rowers.

Buie is currently in Belgrade, Serbia, where he’s taking part in the World Cup I, the first event of three that will eventually lead up to the World Rowing Championships later on this year in December. It’s the first time that Buie will be in a singles boat for an international event.

Buie told reporters that he will be on his own for the World Cup I, and that he doesn’t know how his coach feels about it. He continues by saying that his job is to just get into the boat and row as best as he can.

And it is the first time Buie will be on his own for an event, as previously he’d only participated in either doubles or four-man races. During the World Championships of last year, Buie shared a boat with his partner Conlic McCabe, where they managed to place fourth in the C final of the men’s doubles.

Buie stated that it’s a different feeling when you are racing on your own, because all the pressure is on you as an individual instead of a team. Buie has been in the program since 2013, and while it took him some time, he eventually won gold later on in 2015.