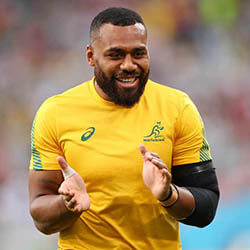 Australia are currently reviewing Giteau’s Law, a law put in place that governs which foreign players are able to play for the Wallabies. The law is being reviewed after their poor performance at the most recent World Cup. Under the rules that are currently in place, foreign players are only allowed to be picked to play for Australia if they have 60 caps or more. Samu Kerevi, who has 33 caps, along with lock Adam Coleman, 38 caps, are no longer able to join clubs abroad after the tournament. Australia was forced to leave the World Cup after losing to England in the last eight.

Coach Michael Cheika has also resigned from his position, which has since been filled by coach Dave Rennie. Rugby Australia is looking at the need to ensure that players are always available for the Wallabies, with the hope of keeping its domestic Super Rugby squads as strong as they can by slowing down the amount of foreign players entering the teams.

Talking about their review, Rugby Australia chief Raelene Castle told reporters that every rugby fans want sot see their teams be successful, and that they want their heroes playing for the Super Rugby teams. She added that that it was more than just the success of the Wallabies, and rather about making sure they have the right players for their side.

Australia had previously refused to choose players that earned their living abroad, but had introduced the 60 cap rule in order to pick up Frenchman Matt Giteau.