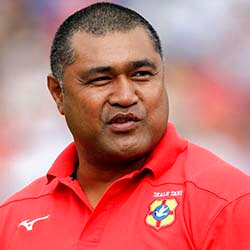 Queensland police have now confirmed the incident, as well as that Kefu has sustained serious wounds, mainly from being stabbed in the stomach. Kefu sustained the injury while trying to protect his family during an alleged house breaking early Monday morning.

Also suffering injuries had been Kefu’s wife and two children. The player and his family are being treated in the Princess Alexandra hospital in Brisbane. While serious, their injuries are reportedly not life-threatening.

According to Deputy Superintendent Tony Fleming, Kefu was awoken by a noise in the family home in the early hours of Monday morning. Upon having gone to investigate, he was reportedly held at knifepoint by one of at least two offenders who had entered the home. He was then ordered to hand over the keys to his vehicle.

Fleming said this week that being accosted and held up with a weapon in one’s home is completely unacceptable. A large task force is now focusing on the incident at hand and according to Fleming, everything possible will be done to ensure the perpetrators remain in police custody.

Kefu played a total of 60 test matches for Australia during his seven-year career. He currently coaches the Tonga national squad.

Queensland Premier Annastacia Palaszczuk has in the meantime confirmed having been briefed by police regarding the unfortunate incident at the home of the former Wallabies player. She has extended her sympathy to the family.