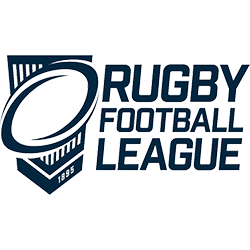 The Rugby Football League has now approved the use of a special mouthguard capable of detecting the risk of head trauma and/or concussion. The guards will come into play from next season, and will hopefully bring about a greater understanding of when a player is in danger of serious risk. They work by measuring the force of on-field collisions with the help of special sensors.

While Super League clubs have backed the use of the mouthguards, the RFL has reportedly now decided to roll them out on a much broader scale than originally planned. Also set to benefit from their use are the Women’s Super League, rugby at academic levels, and even the community-level game.

Curtailing the risk of concussion is high on rugby league’s agenda right now, and in particular after a group of former internationals announced their intention of instituting legal action against World Rugby over what they have described as the organisation’s “failure to protect” while playing the game.

According to Professor Ben Jones, who helped lead the study involving the mouthguards, the equipment measures and tracks acceleration as well as impact to a player’s head. Jones said Rugby League are acting as pioneers by rolling out the mouthguards across the entire sport.