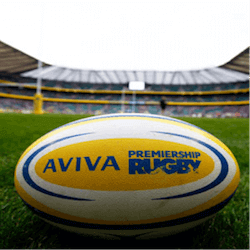 Wallabies fans eager to forget Saturday’s oh-so-close-but-no-cigar Bledisloe Cup heartbreak at Dunedin, should turn their eyes to the north, where a steady parade of rugby union action is about to unroll until May. The 2017-18 Aviva Rugby Premiership starts on Friday, featuring 12 English clubs in 10 rounds-robin until December, with knockout stages starting in the new year.

The reigning champions are Devon-based Exeter Chiefs, who only made the Premiership division in 2010. After finishing as runners-up to the Barnet-based Saracens in the 2015-16 tournament, the south-coast team won their first championship ever just three months ago, beating Coventry’s Wasps 23-20 at Twickenham in the 2016-17 Aviva Rugby Premiership Final.

Exeter head to the west coast on Friday, for the opening match of the tournament against Gloucester at Kingsholm Stadium. The champs are odds-on to win, as low as $0.60 on some betting sites, with Gloucester offered at around $1.80.

Not everyone believes that Exeter is ready to cope with the added pressure that comes with being champions, however. In terms of outright futures betting to win the tournament, the Devon side is ranked third, at odds ranging from $3.00 to $4.50.

The two biggest threats to Exeter retaining their crown are the previous champions and last season’s runners-up. The Saracens are outright favourites across all betting sites to take the tournament, with odds starting at even money and stopping at $1.25.

The Wasps will be welcoming Springbok centre Juan de Jongh into their line-up this season, and betting sites reckon they’re the team most likely to thwart the Saracens. Some sites are offering them at as little as $1.40, but in general they’re at $2.50, with one site offering $2.75.

Saracens and Wasps Favourites on Saturday

The Saracens start their 2017-18 campaign at Twickenham against Northampton Saints on Saturday, and they’re odds-on at around $0.20 to win. The East Midlands side are being offered at $4.00. The Wasps are also odds-on to win at home, in Coventry’s Ricoh Stadium, on Saturday, at less than $0.20. They’ll be playing the Sharks, from Sale in Greater Manchester; on offer at $5.10.