Canada Sevens: US Ahead of England 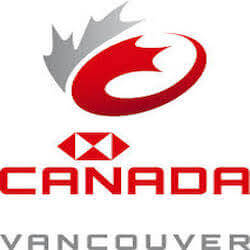 Of the 18 teams heading to the Canada Rugby Sevens in Vancouver on March 10-11, it’s hard to see how any can be more excited than the US. The sixth tournament of 10 making up the 2017-18 World Rugby Sevens Series, Canada will be welcoming a US side flushed with victory in Las Vegas last weekend.

It was ground-breaking stuff for American rugby sevens fans, but it took more than home-ground advantage to deliver the US only their second tournament victory in the history of the series, and their first on home soil. Until Sunday, the only World Rugby Sevens triumph in their trophy cabinet was the London Sevens in 2015.

What makes the victory even sweeter, is that the US team steamrollered over some of the world’s top rugby sevens sides to achieve it.

The US road to Sunday’s final started on Saturday, when they took the scalps of Samoa (26-12) and Australia (28-7, leaving Aussie fans gutted). On Sunday, they finished off Spain 28-17, to complete the pool stage unbeaten.

A surprise win against then-sixth-on-the-ladder England followed in the quarter-final, with the score 17-12 at full time. Fiji were the next giants to be slain, losing the semi 19-7. The US faced Argentina in the final, where they handed out a convincing 28-0 drubbing.

Leapfrogging England on the Ladder

The win puts the US on a total of 58 points from the series so far, meaning they’re in sixth place on the ladder, a fraction ahead of England on 57.

South Africa remains the ladder leader on 92 points, after narrowly losing the semi-final in Las Vegas 12-10 to Argentina, and then going down to Fiji 26-22 in the playoff to finish fourth. It’s the first tournament of the series in which the Blitzboks haven’t managed third or better.

But southern hemisphere teams still dominate the series, no matter how high US hopes might be for the Canada Rugby Sevens. New Zealand on 82 still lies second on the ladder, followed by Fiji on 79, Australia on 72, and Argentina on 67.