Cheika Steps Down as Wallabies Coach 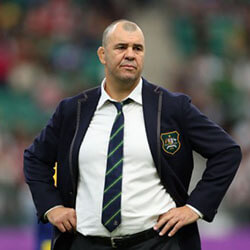 One of the many repercussions of the Wallabies’ bitter defeat in the quarter-finals of the Rugby World Cup is that Michael Cheika will no longer be coaching the team. He pleaded for understanding in the aftermath, but not leniency. He’s not that kind of man.

The irascible former backrower made good on his promise to vacate his coaching position if Australia didn’t win the Cup title, affirming on Sunday the 20th of October that he won’t try to get his contract renewed.

Cheika went public with the news less than a day after the Wallabies got trounced in a 40 to 16 point game against the Lions at Oita, who’re under the leadership of Eddie Jones, Cheika’s former clubmate at Randwick. The considerable 24-point margin is a new record for the English team, marking their biggest win ever over the Australians, and extended the Lions’ record to seven wins against the Wallabies since the last Cup in 2015.

Cheika was typically scrappy when he spoke of his intentions going forward after the disappointing match. He spoke of the world being a cruel one these days and pointed out that the interviewer was posing these kinds of questions minutes after his team had been knocked out of the tournament. This is when he made the call to compassion, chiding the journalist for his insensitive line of questioning, and asking him to have a little bit more empathy. He stated that the only thing in his mind had been celebrating another win and that he was still reeling from the shock of how the game played out.