Commissioner Pearce Says NRL Back on May 28 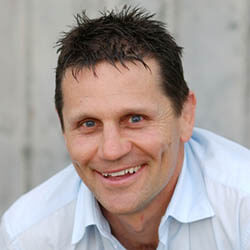 Wayne John Pearce OAM, the former player, coach, and current Commissioner of the Australian Rugby League has let it be known that the National Rugby League has been green-lighted by our government to restart on May 28, 2020.

This year’s season was abruptly brought to a halt after just two rounds of fixtures because of the novel coronavirus COVID-19 pandemic but teams will be able to get back to training now as early as May 4th. Commissioner Pearce also affirmed that the points and table would be the same as they were before the suspension kicked in on the 23rd of March.

The Project Apollo working group which was put in place by the governing body to ensure that the Rugby League makes a safe return to action in Australia has agreed that all the NRL’s measures will be stricter than the limitations set by the government. It added that these will also be under review each time federal and state governments analyse their protocols.

But General President of the Rugby League Players Association Ian Prendergast has announced that more clarity is necessary before we can start considering May 28 as a definitive season restart. Clint Newton, a former player for the Hull Kingston Rover RL team, added that fundamental areas include promises and protections related to members’ health and safety.

He said that matters still outstanding include confirmation that all players will be able to access appropriate medical services and facilities should they be injured.