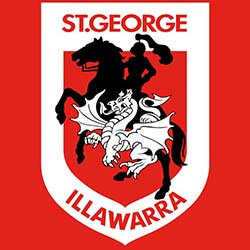 A house party over the weekend has caused a media stir as the St George Illawarra Dragons players involved have been labelled idiots. Adding to the media circus is the fact that Jack de Belin hid from the police during the raid. The rugby league is furious, with many choice names being thrown around to describe the players.

It is alleged that 12 Dragons players breached COVID-19 rules, and even took to hiding in cupboards and under beds when police raided the house party that they were attending.

The rugby league has since handed over fines to the value of $305,000 after Dragon’s forward Paul Vaughan decided to host a house party that breached the Level 4 Biosecurity Protocols set out by the league in addition to the state government’s stay-at-home order. Neighbours phoned the police to lodge a noise complaint, which resulted in the party being raided.

It has since been revealed that Gerard Beale, Kaide Ellis, Corey Norman, Jack de Belin, Blake Lawrie, Matthey Dufty, Daniel Alvaro, Zac Lomax, Jack Bird, Josh McGuire, Tyrell Fuimaono, and Josh Kerr were the players in attendance. Some of these players attempted to hide or flee when the police arrived.

People are fuming, especially since it seems like the players attempted to cover it up, with some even hiding when they were caught in the act. Jack de Belin was found hiding under a bed, a fact that was only revealed much later. When asked about this, he claimed to have been out walking the dog. In addition to this, players also hid in cupboards.

Springboks coach Rassie Erasmus has accused the British & Irish Lions of tarnishing the integrity of rugby as a game. Erasmus made the remark in response to unhappiness voiced by ….

With the Rugby League World Cup set to take place in England later this year, Australia is yet to announce if they will be heading to England to compete. While ….

Kerevi is back and ready to represent Australia

Samu Kerevi, a 27-year-old midfielder, has made his triumphant return after spending time in Japan. He hopes to make it as part of the rugby sevens team that will represent ….