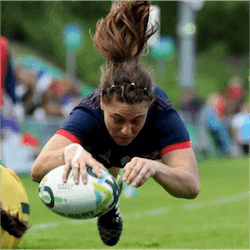 Rugby union fans have been enjoying the 2017 Women’s Rugby World Cup in Ireland for almost three weeks, and this week’s all-action Saturday to finish the tournament has plenty of betting excitement left in it. All eyes are going to be on the final, where defending champions England face four-time World Cup winners New Zealand.

Australian punters may need to flip a coin on this one. The Red Roses are odds-on favourites in the betting, at $0.66 on some sites, but the Black Ferns are hardly outsiders, at around $1.30. England first won the Women’s RWC in 1994, and they took the trophy again after beating Canada in the 2014 final. The Black Ferns, on the other hand, have four consecutive World Cups to their name, from 1998 to 2010, and they have never lost a final: three of which they’ve played against England.

Both teams remained undefeated in the group stages this year, and both delivered imperious victories in their semi-finals: New Zealand beat the USA 45-12, while England gave France even fewer chances to score and won 20-3. No matter what the odds say, Saturday’s climactic match at Belfast’s Kingspan Stadium is likely to be intensely fought, and could go either way.

Saturday also sees five playoffs to decide the final tournament standings, but only the France-USA match for 3rd and 4th is at the Kingspan Stadium, with the rest taking place at Queen’s University, Belfast. Japan will play Hong Kong to decide 11th and 12th, while Italy and Spain contest 9th place. The united Ireland team play Wales for 7th and 8th, which should be another close contest.

The playoff Aussie punters will be most interested in, naturally, is Australia’s match against Canada for 5th place. A narrow 19-17 loss to Ireland and a 48-0 thumping by France in the group stages put the Wallaroos out of contention for the semis. Canada, the 2014 Women’s RWC runners-up, managed to beat both Hong Kong and Wales in their group without conceding a point, but lost out on a semi thanks to a 48-5 defeat by New Zealand.

The Canadians are the betting favourites to win this playoff, but Wallaroos fans might back them for an upset. Place your bets at Crownbet and see if your prediction is correct.