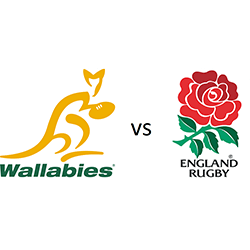 England and the Wallabies are gearing up for their upcoming clash at Twickenham. It’s a big match for both teams, but the Wallabies are hoping for victory after an otherwise disappointing season. The last time that Michael Cheika’s team won against the English was during the 2015 World Cup. All five consecutive encounters since have seen England walk away the winners. Their last bout at Twickenham saw England thrash Cheika’s side 30-6.

The Wallabies have suffered ever since, having lost 2-1 in the series against Ireland while playing at home, and further losses against Wales and Argentina. On the other hand, England has seen a revival in the latter stages of the current season. Their victory against the Springboks of 2-1 and a push against the All Blacks in the matches at Twickenham paint the picture of a team fighting back hard.

Although putting on a less than inspiring show against the Japanese, England will still be taking on the Wallabies as the favourites, and it’s set to be a difficult match for both teams as they try and prove their worth. If England comes out victorious, it would mean a three-from-four win record for November, and give England a huge boost ahead of their meeting with Australia in the World Cup pool stage next year.

The Wallabies, conversely, are desperate to end the year on a high, and the pressure is mounting every higher for Cheika as more and more people call for his sacking from the team.