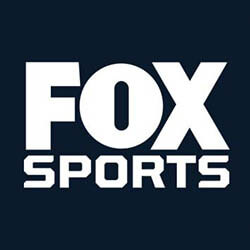 Australia’s pay-television broadcaster Fox Sports may be ending its well-established coverage of this country’s Rugby Union games as rights for Rugby Australia from next year on become available on the market. Claims are being made that negotiations between the pair have halted.

Although Raelene Castle, Chief Executive for Rugby Australia, and Patrick Delaney, Chief Executive for Foxtel, have not spoken in person for weeks now, emails have been exchanged instead. The broadcaster aired the first-ever Super 12 season in 1996 and has remained a sponsor ever since.

The current five-year Rights agreement runs from 2016 to 2020 and is worth AU$285 million. It covers the governing body’s properties and Sanzaar-operated tournaments. Fox Sports’ exit from the bidding war would leave Optus and Ten as the next most likely next contender.

Rugby Australia’s let it be known that preparations for the upcoming five-year rights period have been focussed on streamlining competitions in the country. They’ve reportedly implemented a strategy of providing an integrated presentation of the sport to fans and are confident that they’ll receive real interest from the market regarding this content. Foxtel has let it be known that it plans to lessen investments in non-marquee sports.

The governing body recently engaged the services of Media Rights Value, a company with Peter Tonagh, former Chief Executive of Foxtel, as Director, to assist in negotiations for the next deal governing domestic rights. Fox Sports apparently baulked at demands for greater free-to-air coverage in the next cycle.