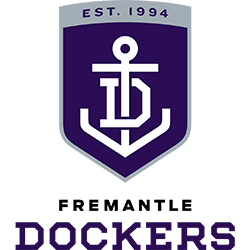 Jason Carter and Luke Ryan, of the Fremantle Dockers, have been lucky enough to escape police prosecution but will be fined by their club because of their involvement in a house party recently. This behaviour flies in the face of social distancing measures put in place to stem the flow of the novel coronavirus COVID-19 pandemic across Australia and the world.

Ryan and Michael Frederick, a first-year player, attended the soirée, which was held at the home Carter shares with his partner. Ryan and Carter have been fined $3 000, with $2 000 suspended, by the club and have to undertake community service, although it is not yet clear what this will constitute. Frederick escaped sanctions because he was only at the shindig for a very short time and was unaware that others were going to attend.

The trio appeared in a video released on social media while restrictions were in place, and you can see seven people in it. It was filmed in Perth while gatherings were still limited to two people only.

A police investigation was launched but was very short-lived, with Commissioner Dawson calling Simon Garlick, Fremantle Chief Executive Officer just 24 hours later. He said that he informed Garlick that it’s not something the police are going to be dealing with and the matter should be handled internally.

Garlick let it be known that the club is deeply disappointed by these three players’ actions and resolves to do better going forward.