A Good Day For The Wallabies and World Ruby 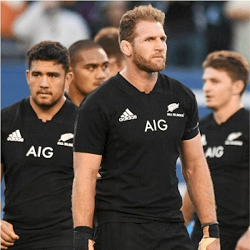 Ireland Topple the All Blacks and Australia Crush Wales

For Australian punters and sports enthusiasts, this past weekend has been one heck of a rollercoaster ride. With the Australian cricket side failing to tame the mighty Proteas, the nation turned their attention to the world of rugby. Anyone hoping to drown their sorrows probably never got the chance as Ireland pulled off one of the most spectacular wins against the All Blacks and the Wallabies crushed Wales in a dominant display of skill and power.

It all started with Ireland achieving the impossible. It was inevitable though, at some point, a team was going to put in a massive 80-minute effort and topple the All Blacks, ending their 18-win streak. Wales had a go back in June, without any success. Then the Argentinians had their supporters in a frenzy with 50 minutes of inspired play but to no avail. South Africa gave a good effort but ended up falling short. At Eden Park, the Wallabies stood their ground for 60 minutes before succumbing to the pressure.

Each brave attempt to topple the mighty All Blacks failed and turned the world into a global alliance with one goal in mind. The domination of world rugby by the New Zeeland team made every other rugby nation look inexperienced and somewhat sad. Then came along the Irish. Fuelled by the memory of their fallen comrade, the Irish team has nothing to lose and everything to gain. In a stunning display of determination and inspired play, the Irish pulled off their first ever win against the All Blacks on their 29th attempt.

The sensational win was 111 years in the making, effectively ending the All Blacks 18-win streak. Suddenly there was hope, the mighty had fallen and the gates were opened. Meanwhile at the Principality Stadium, the Wallabies took on a fired up Welsh team that had plans of their own. But despite their best efforts, Australia blew the Welsh away in a completely one-sided first affair.

Wales, who’s last win against Australia in 2008, lacked any coherent form and basically succumbed to the wishes of the men in Gold. Australia ran through a number of tries, even fluffing a few to end the game on 32 points to 8. With a good start to their Grand Slam tour, the Wallabies next take on the Scots and at some point the Irish who are the team to beat at the moment.