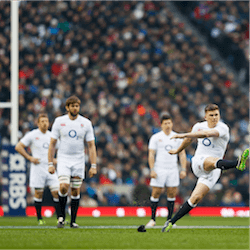 One of Europe’s most-watched rugby union championships, the Six Nations, offers Australian sports betting fans thrilling action from February 3 to March 17. The tournament stretches back to 1883, when it began as the Home Nations Championship featuring England, Scotland, Ireland and Wales.

Scotland go into the 2018 tournament hamstrung by a string of injuries: Nel, Fagerson and Ford out of the front row, and Gray missing from the second. The Scots have never won the Six Nations, although they have taken 10 Home Nations and five Five Nations trophies in 123 tournaments. At below full strength this year, it’ll be quite a feat for them to break their duck.

Apart from England, Wales have the best record in the tournament’s 135-year history: 26 wins overall from 123 competitions, four of them since the format became the Six Nations in 2000. They are usually one of the more formidable teams in the tournament, but are also under strength this year as a result of injuries.

Wales will be without Jake Ball, Jonathan Davies, Sam Warburton, Dan Biggar, Rhys Webb and Liam Davies. Their replacements will have to pull out all the stops for the Red Dragons to be as dangerous as they usually are.

France come to the 2018 Six Nations a team that won just seven matches out of 21 under former coach Guy Noves. They’ve also just been through the upheaval of Noves being sacked and replaced by Bordeaux-Begles coach Jacques Brunel, and there are rumours that there is still in-fighting going on in Les Bleus’ halls of power.

France has given England their most serious competition since the Six Nations era started. In 18 tournaments, the French have won five and the English six, and new coach Brunel is going to have to outmanoeuvre the political spats in the French rugby administration while motivating a demoralised team, if they are to even the score this year.

England, defending champions for the second year in a row, are looking hard to beat.