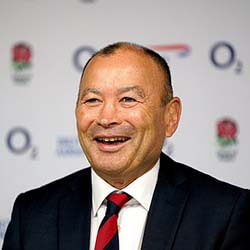 Eddie Jones has launched an unusual (for him) attack on the media, saying that certain critics were infecting his players with “rat poison”.

When recently asked what Elliot Daly’s confidence levels were like after being selected to replace an injured Henry Slade at outside centre, Jones lashed out by saying that he’s never actually seen confidence “walk” through the door, and so as a result, he had no idea what that would even mean. Instead of there being such a thing as confidence, said Jones, there’s only either a right or a wrong  way of thinking. He also added that the wrong way of thinking included listening to everything being said in the media.

Jones also said that it was an ongoing struggle to try and keep all of the rat poison spread by the media out of players’ heads. He said keeping the poison at bay was what constantly kept him busy.

It’s certainly true that many of England’s mistakes – including a lack of discipline and a flawed attacking game – have been mentioned in the media before being mentioned by the players themselves. Their recent defeat by Scotland, for one, has according to England wing Jonny May, shone an illuminating light on the fact that the quality of their attack simply wasn’t what it should have been.

Jones did however admit that Daly had been off-colour sometime earlier in the tournament, conceding that his form at the beginning had not been ideal. He was however quick to add that Daly wasn’t the only one and that many players have had to “dig deep” to find their mojo.