Kerevi is back and ready to represent Australia 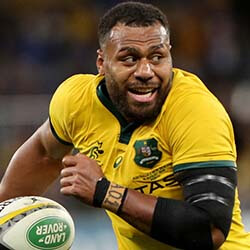 Samu Kerevi, a 27-year-old midfielder, has made his triumphant return after spending time in Japan. He hopes to make it as part of the rugby sevens team that will represent Australia at the Tokyo Olympics.

It has been announced that he has been included in the team and will face off against Oceania Barbarians, New Zealand, and Fiji as part of the 27 Oceania Championship in Townsville. This is Fiji’s first tournament in more than a year as a result of the pandemic. He joins Tim Anstee, Lachlan Anderson, and Lewis Holland in the squad led by head coach Tim Walsh.

Kerevi had been a regular starter for the Australian team in the 2019 World Cup and played 33 tests. However, he has since been overseas playing for Japanese club Suntory and unable to play for his home team.

Now that he has returned, he will play in the sevens format for the very first time. His coach has stated that he can be used as an impact player due to his heavy talking and ball running abilities. Walsh has added that the pandemic has given the team access to more competitive players that would have otherwise been unavailable for the squad.

The program’s objectives are simple, to retain, recruit and develop the best Australian rugby players. Through their current player selection, it is easy to see that they are truly living up to their goals and objectives. As a result, they have a more competitive team just in time for the Olympics.