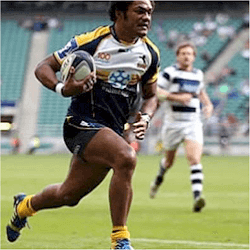 Betting fans hoping that Australia’s semi-final finish in the Sydney Sevens was the start of a comeback had their hopes dashed in Las Vegas last weekend, despite the return of veteran talents Tom Lucas, Nick Malouf and Ed Jenkins to skipper Sam Myers’ side.

The Blitzboks knocked out the Australia Sevens side in the quarterfinals, then went on to win their fourth leg of the five played so far in the 2016-17 competition.

After the narrow 17-14 loss to the South Africans, Australian punters would have been cheered by their side’s 14-0 dismantling of Argentina to reach the play-off for fifth place. They were disappointed again, however; England won that one 10-7, and Australia finished the Las Vegas Sevens in sixth place.

Fighting Back after a Rocky Start

Of course, fans would not be quite so desperate for a comeback had Australia not had such a dire start to the tournament. In December, the side made fifth place in Dubai, but then finished third in their pool in Cape Town to miss the quarterfinals, and were knocked out of the Challenge Trophy by Argentina.

They failed to make the quarterfinals again in Wellington, losing the Challenge Trophy final to Kenya, which is why their fourth place in Sydney was such a ray of sunshine. England and the Blitzboks met in the final, after dispatching New Zealand and Australia respectively in the semis. New Zealand won the play-off 29-14, but it was Australia’s best finish in the 2016-17 tournament to date.

The sixth-place finish in the Las Vegas Sevens leaves Australia joint fifth with the USA on the tournament ladder overall, 55 points adrift of the Blitzboks at the top of the table. But with the South Africans on 107 points, even Fiji and England, second and third on 83 and 81 points respectively, will have a hard time catching them in the final five rounds.

On 52 points, Australia is going to have a hard time making even the top four, so punters will be following this weekend’s Canada Sevens in Vancouver closely.