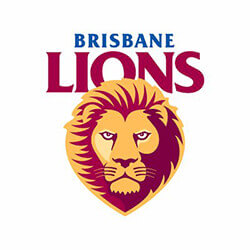 Brisbane has recently dropped five players from its roster, including veteran trio Rohan Bewick, Claye Beams, and Tom Bell. The Lions have also de-listed Marco Paparone, as well as midfielder Jake Barrett. While none of these five played in regular games, the team will be losing valuable experience and age.

Bell, 27, played in the opening match against St Kilda before he was cut, and leaves after 21 games in three seasons for the Lions. Bell will now be returning to his home town four years on, with 51 games with Carlton under his belt.

Bewick has seen much more play time, having completed 103 games in total, but only managed to play 3 in the 2018 season. Claye Beams has had endless trouble due to injury-related issues, but still leaves after having played a total of 54 games. Beams, who is the younger brother of skipper Dayne Beams, was de-listed at the end of last year, but was given another chance as a rookie for this season.

Paparone hasn’t fared much better, having suffered from back and hamstring problems that saw him play only 10 senior games in the last three years. With a total of 55 games under his name, Paparone’s biggest moment was being taken at No.23 in the 2012 NAB AFL Draft.

Barrett, on the other hand, has finished just 23 games in the last two seasons as a rookie. Despite his potential, the Lions still cut him from the list to open up more team space.