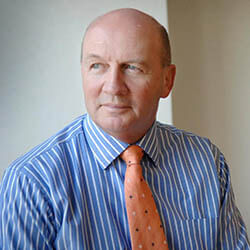 Paul Mclean will be taking over the position of Rugby Australia Chairman from Cameron Clyne until the latter’s replacement is named in March this year.

Although when Clyne indicated his upcoming resignation at the end of last year, he said that he would continue in the position until the end of March 2020, after the Annual General Meeting, the decision was met with consternation by the public.

This is due to Rugby Australia presently being in the last stages of negotiations around its new broadcasting deal and collective bargaining endorsement, and Clyne would have no involvement with the consequences of these decisions in light of his imminent departure. So, while McLean is running things for now as Chairman, Clyne will only be a Director on the Board until the AGM takes place, at which point the name of his official successor will be announced.

Rugby Australia is currently interviewing people for three new Board Director positions, one of whom will eventually be specified as the person to take over from McLean. David Mortimer, a stalwart of Sydney University, is apparently one of the people up for consideration.

McLean said in a recent statement that the committee had made a unanimous decision that his appointment would assist in the long-term transition. Clyne has apparently provided his total support for this move, which is intended to allow the council to offer the assistance that a new Chairman would need after the AGM.

McLean explained that, as the highest-ranking Director who will remain on the Board beyond the AGM, he was happy to take over during this intermediate period.