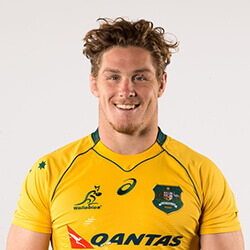 Wallabies captain Michael Hooper has missed out at this year’s Super Rugby Australian Conference team. The selection is voted for by players that are in the conference, and the general consensus was that Michael Hooper had no room to be in the team.

Hooper was one of the nine incumbent Test starters who weren’t chosen by fellow players to be part of the Australian Super Rugby side. The poll, which was organised by the player’ association, compiled a short list of players for each position, and then was voted on by all attending players. Although Hooper has not contacted reporters, there’s no doubt he’s disappointed in the selection.

Voters preferred hooper’s team-made David Pocock for the number seven position. Alongside Pocock was Israel Folau, as well as 14 others who are considered to be Wallabies-eligible players, with the one exception being Isi Naisarani. Fijian Naisarani will begin playing for Australia from the beginning of March next year.

The Brumbies have the most recognised players this year, with a total of six, while the next highest where the Waratahs with five, and featuring leading points-scorer Bernard Foley.