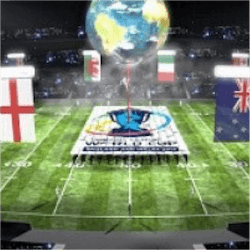 The French team have to pull a rabbit out of a hat in their 2017 Rugby League World Cup match against Australia on Friday, after their shocking 29-18 loss to Lebanon in Week 1 defied betting sites’ predictions.

Only the three top teams in Group A will go to through to the knockout rounds, and with France due to meet outright tournament favourites the Kangaroos and third-favourites England the week after, punters could see them squeezed out.

Australia’s odds of winning the tournament, for the 11th time in 14 editions, are still below $0.25, after they comfortably beat England 18-4 in the opening match of the Cup in Melbourne. The Kangaroos are even more likely to beat Les Chanticleers on Friday, according to online sports betting sites: they’re at $0.01, with France at $80.00.

England play Lebanon on Saturday, and bookies have set their odds as the inverse of each other: England is odds-on at $0.04 or 1/25, with Lebanon at $25.00 or 25/1. If the Mediterranean side pulls off another upset, it will be a profitable one.

In Group B, RLWC second-favourites New Zealand beat Samoa 38-8 in Week 1, but Tonga, lying fourth in the outright betting, produced the first cricket score of the tournament when they beat Scotland 50-4. The Scots are now underdogs at $50.00 against the Kiwis on Saturday, with New Zealand offered at under $0.03.

Tonga play Samoa, and although Tonga are still odds-on at $0.25, their Pacific neighbours are hardly no-hopers at $4.20.

Papua New Guinea and Fiji, leading Groups C and D respectively, also helped stamp a Pacific dominance on the tournament with big scores: PNG beat Wales 50-6, and Fiji thumped the USA 58-12. Groups C and D have only three teams each, so only the sides at the top of each ladder will make it out of the rounds-robin.

In Week 1’s match between Group C and D, Ireland beat Italy 36-12. For Week 2, Fiji, PNG and Italy are all odds-on favourites against Wales, Ireland and the USA, respectively, with none of the underdogs offered at below $6.00. Ireland might provide the upset; they’re at $6.00 to PNG’s $0.17.