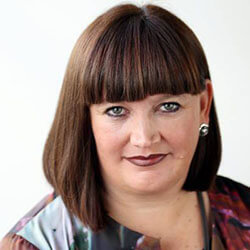 Rugby Australia CEO Raelene Castle has told the Wallabies that she expects them to win all three of their Tests in Europe over the course of November. This comes just before the teams are expected to head out to Europe to take on England, Italy, and Wales for the November Tests, and not long after their disappointing loss to New Zealand in their latest game played in Japan.

Castle has rejected any notions of a “pass mark” and believes that there’s no reason the squad can’t win all three of their games. She explained that the team would be much more confident in future games if they came home with three wins under their belt.

If the Wallabies were to win their Test matches, it would be a massive turn around from an otherwise extremely disappointing season for Australian rugby, especially in the European scene. The team has only won three of their ten Tests so far this year, and only three from the past 12 years in total. Their November Tests last year saw them lost to Scotland and England, but managed to best Wales 29-21 in Cardiff.

Despite their losses last year, the team has shown some promise, especially earlier in the year after finishing second behind Ireland in the Six Nations, and beating both South Africa and Argentina in June. And despite not losing to Wales since 2008, the winning margins for the team have otherwise remains small.