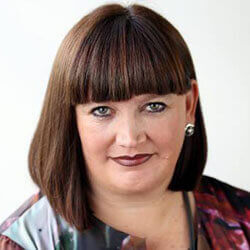 Raelene Castle, the chief of Rugby Australia recently told reporters that the current Folau anti-gay sentiments have been the biggest challenge of her career. This comes after a former Wallaby player tells Folau that he is a “religious lunatic.”

The trouble started with Folau, one of Australia’s most popular players at the time, announcing publicly on social media the believes that all gay people are destined to go to hell. The controversy was strengthened once again when Folau posted a link to a video opposing same-sex marriage by American evangelist David Wilkerson.

Castle has yet to make any judgements on the matter, and while some are calling for the sanction of Folau, Castle believes that it’s a delicate situation that pits human rights against freedom of speech.

Castle has told reporters, “In my career, this is the singularly most difficult thing I’ve ever had to deal with. And that’s because there is no black and white answer. On the one hand you’re dealing with a human rights issue and on the other hand you’re dealing with a freedom of speech issue. There’s someone’s right to express their views, whether it be religious or otherwise, and I think the test is whether it’s done in a respectful way. So that’s the measure we’ll continue to apply.”

Folau, 29, remains adamant that he will not back down down from his beliefs on same-sex marriage and homosexuality. If Folau faces any punishment or not for his social media posts is yet to be seen.