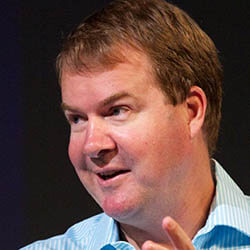 Director Peter Wiggs, a top Rugby Australia Official who it was predicted would become the unsettled organisation’s next chairman, has resigned. Reports indicate that he had a major quarrel with fellow board members, one which apparently had no hopes of being mended.

Paul McLean, Chairman of Rugby Australia, released a statement revealing Wiggs’ departure and saying that his reasons for stepping down from the board are understood. McLean described the work that Wiggs has done as very important, saying that he’s made a huge contribution to the organisation in a very short amount of time, and thanked him for it.

McLean did not go into detail regarding the reasons Wiggs has for resigning but media reports have stated that he was demanding major concessions in return for taking over the chairman position. This prompted his fellow board members to revolt.

One of his demands was apparently that his preferred candidate be immediately appointed as Chief Executive without having any recruitment process followed. It’s reported that he also wanted a position to be made available on the board for John O’Neill, the organisation’s former polarising boss.

Rugby Australia then announced that Rob Clarke, former Chief Executive of the Melbourne Rebels, will be working as interim CEO for the time being. Clarke has stated that he’s determined to get the organisation and the sport through this difficult time.