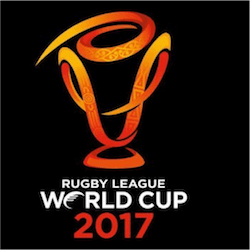 Judging by World Cup wins alone, Australia has to be reckoned the top rugby league side in the world. The Kangaroos have won the tournament 10 times in its 14 editions since 1954. In fact, in eight tournaments since 1975, the only year in which Australia didn’t wind up champions, when New Zealand won in 2008, the Kangaroos finished runners-up.

The Kiwis are no slouches in the sport either, however, even if their reputation isn’t as fearsome as the All Blacks’ is in rugby union. And England, where the game began, can never be considered pushovers in a World Cup, despite the fact that they haven’t won it since 1972, when they still competed in a combined Great Britain side, and they last finished as runners-up, unsurprisingly to Australia, in 1995.

Of late, Tonga has raised its rugby league play to a level at which the Big Three might soon have to be considered the Big Four; they’re certainly the strongest of the Pacific island teams at present. But what that likely means is that this year, the battle for runners-up will be a three-way; Australia is odds-on favourite, at around $0.25 at online sports betting sites, to win again.

The 2017 RLWC is being co-hosted by Australia, New Zealand and Papua New Guinea, kicking off with Australia vs. England in Melbourne on Friday, 27 October. You can bet on this match at Luxbet, along with all other games in the series. England are second in outright futures betting to win the 2017 Cup, at $8.00, followed by New Zealand at $10.00 and Tonga at $25.00.

Sunday also features three matches, with Italy the odds-on favourites against Ireland at $4.50, France at just under even money playing Lebanon at $1.40, and Scotland $20.00 outsiders against Tonga, who are being offered at the same price as Fiji against the USA.