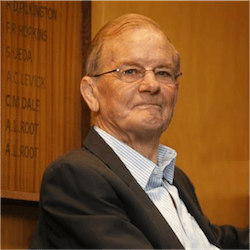 Rugby fans in New Zealand are mourning the loss of one of their most prolific sports heroes. Former All Blacks captain, Sir John Graham (DJ) has died at the age of 82 after a short illness. Graham was a huge influence in the New Zealand sports and rugby world. He played 53 matches for the National Team including 22 test matches from 1958 through to 1964. He also captained the team on 10 occasions.

But it wasn’t just on the field that Graham made his mark. After he retired from the world of professional rugby, Graham returned to his former calling, becoming the headmaster at Auckland Grammar. His dedication and commitment to education resulted in him holding the post of headmaster for 21 years and receiving a CBE award in 1994. Graham also used his sporting experience in other areas. For a brief period, he captained the New Zealand cricket team, overseeing the team’s first test wins over England at the Oval and Lords.

A Leader, A sports Hero and an Activist

Outside of the sporting arena, Graham was widely known for his anti-apartheid views. When touring South Africa with the All Blacks in 1960, Graham expressed his uneasiness at the state of the country. When South Africa toured New Zealand in 1981, Graham made a political statement by refusing to attend any of the matches. In 1999, Graham was named New Zealander of the year.

Since his passing, dedications have been pouring in from all over the country. New Zealand Rugby chief executive, Steve Tew said that DJ was a great man. From the rugby field to the classroom, he was simply exceptional and on behalf of New Zealand Rugby, he extended his sympathies to his wife and family. Tew went on to say that Graham showed commitment to rugby, New Zealand and society. He was a player, an administrator, a coach and a manager. His sporting achievements were equalled by his academic contribution and his commitment to the transformative power of education.

He was also a member of the Rugby Foundation that looks after injured players. Tew said that he was extremely privileged to have met Graham. He believed the man was a leader in every endeavour he put his attention to. He held a long list of honours and achievements, which simply showed the exceptional nature of his character.