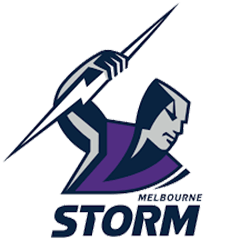 The Melbourne Storm will have to cough up a five-figure fine imposed by the NRL over a time-wasting offense committed during the closing stages of the opening week of the finals. The breach notice was issued as a result of the club’s casually slow handling of the controversial Suliasi Vunivalu cramp complaint. The fine will become payable only in the event of the club being unable to within five days come up with a reasonable explanation as to why they consider themselves undeserving of the punishment.

The fine is a new reminder of the league’s decision to adopt a toughened-up approach opposite those teams found guilty of resorting to gamesmanship – and especially so at the close of season. Driving the new approach home on the double is the fact that the storm has been slapped with a fine double that imposed on the Gold Coast Titans in June.

The Gold Coast Titans earlier this year became the first club found guilty of the offense of “time wasting” so far this season. This after Titans player Young Tonumaipea checked out with a cramp only 3 minutes before the final whistle in a game played against Wests Tigers.

Melbourne’s fine resulted from Vunivalu’s supposed cramp-call with only 4 minutes of the game remaining against the Titans. Leading at that stage of the game by 12 points (32-20), the Storm is accused of having staged an incident in an obvious attempt to buy time while trying to keep at bay a renewed onslaught launched by the Eels.