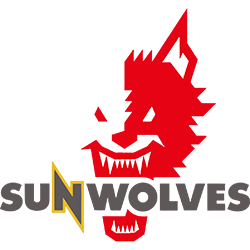 If one looks at the evidence of the first round of the Super Rugby season, the finest team in the Australian conference may be the one based in Tokyo, Japan! The Sunwolves started their final season with a powerful win over the Melbourne Rebels as just two of the five teams in the conference to win in the initial round.

The ACT Brumbies, the winners of last year’s conference, beat the Queensland Reds, but the Waratahs from New South Wales partnered the Rebels in defeat, getting done in by the three-time defending champions, the Crusaders, based in Christchurch. This means that some of the worst fears of gloomy Australia supporters who predicted another season of slim achievement by the four biggest franchises in the country were right.

The Waratahs were the final Australian team to win this tournament back in 2014 but only four others have been able to claim the title in the 25 years this competition has been going on. The Brumbies and the Waratahs have each managed to reach the Semifinal stage twice since 2014, but neither has gone on to the Final in a period extending over the five years in which the Crusaders, Highlanders, and Hurricanes have managed to capture titles.

But there’s hope yet! The Brumbies played a healthy game and trounced the spry Reds, the Rebels rallied robustly after they trailed the Sunwolves with a 36-13 score midway through their game’s second half, losing with a point-score of 36-27, and the Waratahs showed good potential.