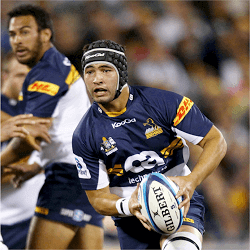 Brumbies Bye at an Uncertain Time

Fans of the ACT Brumbies are not necessarily relishing a bye round, which the Canberra side shares with the Jaguares, the Sunwolves and the Kings this week. A match would at least have been a distraction from a major worry: relegation from Super Rugby next year.

SANZAAR was still deliberating a return to a smaller Super Rugby format in 2018, and which teams to axe, at the time of writing. South Africa may agree to cull two sides, probably the Kings and then either the Bulls or the Cheetahs, in which case Australia would be required to lose a team to reduce the tournament to 15 teams.

On the face of it, the choice would be between the Brumbies and the Western Force. The Brumbies are currently top of the Australian Conference, albeit with only 11 points after two wins in five encounters.

So the Force looks like a more worthy target, sitting in fourth place, on five points from one win in four. However, this week’s bye could change all of that. The NSW Waratahs are lying second in the Australian Conference and the Queensland Reds third, on eight and six points respectively.

A five-pointer for the Reds or just a win for the Waratahs this weekend could see the Brumbies equalled or unseated at the top of the conference, so Canberra fans may be betting on New Zealand sides for round six, in accordance with the power of positive thinking.

The Reds face defending champs the Hurricanes in Suncorp Stadium on Saturday, but it may take more than home-ground advantage for them to deliver an upset against the Wellington side, currently third in the New Zealand Conference with three wins from four.

The match punters will probably be paying the most attention to, is Sunday’s clash in Sydney between tournament leaders the Crusaders and the ’Tahs. Undefeated in five matches and on 21 points so far, the Canterbury side is definitely the punters’ favourite to take the championship.

However, with everything to play for including the lead in their conference, the Sydneysiders might be capable of delivering a surprise for their fans. They’ll be hoping the gamble of debuting uncapped 21-year-old playmaker Mack Mason at fly-half against the toughest team in the championship pays off.