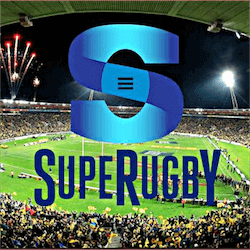 Super Rugby Semi-Finals: What to Expect

The Super Rugby Semi-finals get underway this weekend with two epic games to look forward to. On Saturday, the Chiefs take on the Crusaders in Christchurch while on Sunday, the Hurricanes head to Johannesburg to take on the Lions. Putting aside current playing conditions and recent winning statistics, let’s take a look at how the semi-finals might play out according to historical data.

The one thing that the Chiefs can take into the match is the fact that two out of the five semi-final defeats suffered by the Crusaders were at the hands of the Chiefs back in 2012 and 2013. The Chiefs also managed to win a game in Christchurch last season in round one. This season though, the teams have only met once with the result going the way of the Crusaders. It is also worth noting that the Chiefs have never won an away semi-final.

History is on the Home Side

In the second semi-final, things are looking good for the Lions. The Africa 2 conference champions hold the top qualifying spot and are aiming to force the first ever Super Rugby final in Johannesburg. The Lions have not yet faced a New Zealand side this season. The Lions achieved their first ever semi-final victory last season. Previously, they only made two semi-finals playing as the Cats in 2000 and 2001.

Meanwhile the Hurricanes have never earned a place in the final with an away win. Most telling of all the statistics is the semi-final home advantage. Of the forty-two Super Rugby Semi-finals played since 1996, only eight of them have been won by an away team. If you are putting your money on the Chiefs and the Hurricanes meeting in the final, you might want to reconsider. In the history of Super Rugby, there has been only one instance where both away teams won their semi-finals, and that was in 1999.