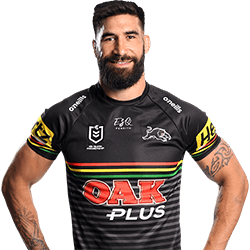 Penrith captain James Tamou is indeed set to leave the Panthers at the end of the season, coach Ivan Clearly has now confirmed. The star prop will soon be signing with the Wests Tigers, explained Cleary. Tamou has since having joined the Panthers from the North Queensland Cowboys a little over 3 years ago, played a total of 93 games for Penrith.

Cleary on Thursday confirmed the prop’s upcoming departure and thanked him for his time spent serving the Panthers, and especially too for his strong hand of leadership that successfully led the club to the minor premiership.

Describing the former NSW and Aussie prop as a great family man and fantastic human being first of all, Clearly said Tamou had proved a superb role-model especially for the younger guys on the squad. He was always well worth looking up to, said the Panthers coach.

Though disappointed by the fact that Tamou’s upcoming departure has turned out to be a by-product of the salary cap, Cleary said it’s still great to see the prop extending his professional career. On a personal as well as professional level, the Penrith Panthers coach said he had enjoyed working alongside “Jimmie” – and particularly so ever since he became captain 12 months ago.

Tamou has done an incredible job captaining Penrith, concluded Cleary, and any team would be exceptionally lucky to have him playing and leading on their side. Jimmy Tamou values teamwork and puts his team first, said the star prop’s soon to be former coach.