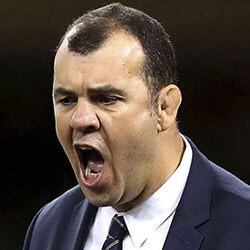 Australian coach Michael Cheika has named the line-up for the Wallabies squad ahead of their game in Japan for the final part of the Bledisloe Cup against the All Blacks. A series of players added to the team point to the fact that Cheika is hoping to put more strength into certain positions on the team.

Prop Tom Robertson has been unable to return due to an injury, having missed the team’s tour in both South Africa and Argentina, along with Leicester players Tatafu Polota-Nau and Matt Toomua. Caleb Timu is the only fit player from the last squad that has not been called to join, and Pete Samu, a long-time Wallabies regular who was forced to miss his last tour due to injury, has also failed to be recalled.

Melbourne prop Jermain Ainsley, centre Samu Kerevi, and Waratahs backrowers Jed Holloway and Jack Demsey have all been added to the current team. Ainsley and Holloway were chosen after forcing their way in through the NRC, while Demsey and Kerevi are both battling with their own injuries.

The Wallabies are set to fight hard for the win in Japan after losing twice to the All Blacks in the Bledisloe Cup this season, and hope to win back the faith from their supporters after an otherwise disappointing season for the squad. This is especially important for Cheika, who has been called out by Wallabies fans, with many eager to see him kicked from his position.