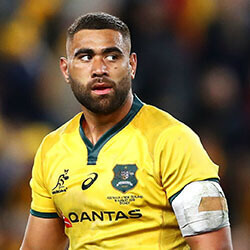 It’s a new low for the Wallabies’ harsh season as Argentina claims their first victory in 35 years on Australian home ground. It’s been an extremely difficult season for the Australian team, made doubly so after the Pumas defeated them at the Gold Coast.

The Pumas, who have haven’t won a game for three decades against an Australian team at home, smashed a series of records after they claimed the win against the Wallabies 23-19 in a match that was ultimately decided by the last few moments of play. Wallabies Israel Folau was among the best players on the field, but his butchering of an almost definite match-winning try has become the talking point of the game, and Australian fans are not happy.

The first record for the Pumas comes in the form of them winning their first game against the Wallabies in Australia since 1983. It’s also been marked as the first win after a six-match losing streak against the Australian team that the Pumas have suffered since 2014. Lastly, it was Argentina’s first win in the rugby championships in 10 separate attempts.

The last minute truly set the game as Folau was faced with a two-on-one scenario with one of the Pumas’ widest defenders. Instead of passing on to Bernard Foley, he decided to try and take the try himself, but was ultimately taken down in a three-man tackle. It was a move that lost them the game, but teammates are still happy with Folau’s performance on the field.