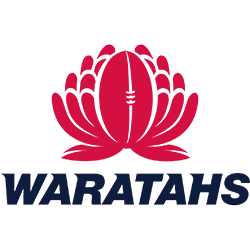 Sydney’s New South Wales Waratahs have joined Canberra’s Brumbies, the Melbourne Rebels, and Brisbane’s Queensland Reds in a mass standing down of staff as the Players’ Associations keeps complaining about Rugby Australia’s process.

Roughly 50 of the 70-strong staff will be giving up their positions on a sad day for the sport as it puts measures to survive for the next three months into place. The carnage is thanks to the coronavirus COVID-19 pandemic wreaking havoc globally on the sports arena.

New South Wales Rugby Union Chief Executive Officer Paul Doorn has described the situation as a difficult one. He said they are standing down staff and will be managing with a skeleton workforce to keep things going so that when the time to make a comeback comes around again both the community and professional sports levels will be able to do so. Doorn said that they are simply unable to keep all coaching staff on board and that this call will be made once a final decision has come through regarding player requirements.

RA has also been involved with talks with the Rugby Union Players’ Association but no agreement as to pay cuts for athletes has been made as yet. RUPA CEO Justin Harrison remains resentful about what he sees as a lack of transparency from the governing body, which recently announced an AU$9.4 million loss for 2019.

He’s said that players are still waiting to receive detailed financial information from RA after talks were held in Sydney, as they’ve been doing for the last three weeks of requests.