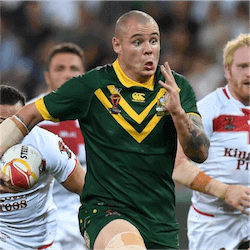 Australian rugby league fans had a great time over the weekend, but there was no happy ending for the visiting English sides in the World Club Series. The Melbourne Storm’s 38-4 win against the Leeds Rhinos on Friday night had already dashed the English World Club Challenge dreams, then both the Wigan Warriors and Hull FC crashed out in the 2018 World Club Series in Sydney on Saturday.

Wigan and Hull made a bit of rugby league history on February 10, when they played the first Super League match outside Europe in Wollongong, which ended with the Warriors firmly in the driver’s seat at 24-10. They didn’t fare so well against NRL opponents.

Wigan also have the distinction of being the only Super League team to beat an NRL team in Australia to win the World Club Challenge; they outscored the Brisbane Broncos 20-14 in the 1994 match. So fans were hoping that they, at least, would prove stiff opposition to the South Sydney Rabbitohs in Saturday’s exhibition World Club Series games.

The Warriors drew first blood with a try against the Rabbitohs, when a grubber kick from captain Sean O’Loughlin found Tom Davies ready to touch it down five minutes in. But like the other two English sides over the weekend, who also scored first, they could not sustain the momentum.

By the 12th minute, the Rabbitohs had equalised. The sin-binning of Liam Marshall 28 minutes in – for a professional foul and a try-saving tackle on Alex Johnstone – left Wigan a man down, and the hosts capitalised.

Wigan trailed 12-8 at the break, and only through some heroic defence in the third quarter did they prevent an even larger points deficit at the finish.

Hull FC were looking even more impressive, starting out in the first game of Sydney’s double-header on Saturday against the St George Illawarra Dragons. Two first-half tries from Albert Kelly and some brilliant play by the Blacks and Whites put them ahead at the interval.

They looked like they were just holding off a St George fightback, too, at 18-18 with five minutes to go. Then Kurt Mann broke their hearts by going over, and fullback Matt Dufty capped a great personal performance by putting away another conversion, to give St George the win by 24-18.