X Rugby events you should consider for online Rugby betting 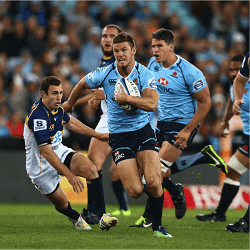 Rugby betting is popular with armchair enthusiasts all over the world, and online betting sites have really taken it to the next level. Punting online gives you the opportunity to research your options properly before you make any decisions, and to develop your insights and strategies thanks to online forums and other tools.

Online betting sites offer every type of Rugby betting option, starting from the simple prediction of who will win a match and extending to handicaps, winning margins and much more. As you develop your punting skills they will continue to meet your needs, and with so many more at your disposal you can compare the odds they offer on any day that you feel like placing a few wagers. When you’re doing this with Rugby betting, there are a few major events to look out for.

The Rugby World Cup is held every 4 years, with top international teams competing for the Webb Ellis Cup. Japan is to host the next World Cup, in 2019. It takes place over 6 weeks, involving pool games, a knockout stage, a quarterfinal and a semi-final before the final match.

The format played at the world’s greatest gathering of athletes was Rugby Sevens, involving teams of 7 players going against each other in 7-minute halves. Fiji took home the gold medal, while Britain and South Africa came second and third respectively.

Each country holds the events in specific arenas, and there are several trophies under the six nations umbrella, which means plenty of Rugby betting opportunities. England was 2016’s winner, and some online betting sites have already published odds for the 2017 games that will run from 4 February to 18 March.

These are widely recognised as the leading annual tournaments between professional men’s Rugby unions in the Southern Hemisphere, with Super Rugby also encompassing Japan. Matches are played in different locations.

The New Zealand Hurricanes are the 2016 Super Rugby champions, and the 2017 season starts on 27 February. The Rugby Championship, contested by New Zealand, Australia, South Africa and Argentina, started on 20 August and is still running so there are still some world-class Rugby betting opportunities to be had.

The last-place team in the Premiership is relegated to the second-division RFU Championship for the following year, while the RFU’s winner graduates to the Premiership. The current season began on 13 August 2016 and finishes on 21 May 2017.