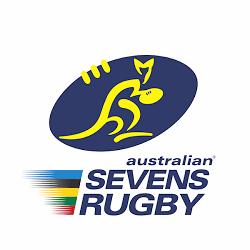 Rugby Sevens Brings in a New Wave of Game Fans

In Australia, union rugby usually attracts a certain type of crowd. Lately the stadiums have started to fill up with a completely different demographic including woman and children. This is all thanks to the dynamic sevens rugby game which was put into the spotlight courtesy of the gold-medal winning woman’s sevens side. Sevens rugby has burst onto the scene lately with fans drawn in by the excitement of the shortened game.

Originally developed in Scotland, rugby sevens gained momentum in the 1970’s with the introduction of the Hong Kong sevens tournament and again in 1999 with the World Rugby Sevens Series. In 2016, rugby was re-introduced into the Olympics in the sevens format where the Australian Woman took gold bringing the game firmly into the spotlight.

Sevens rugby is a variant of union rugby made up of teams with seven players in each side. Instead of the usual forty-minute halves, each half is only seven minutes long, leading to some seriously explosive rugby. The dynamic format of the game has led to stadiums being filled with a party-like atmosphere, luring a much younger generation of rugby fan with both woman and men equally enjoying the game.

A Spectator Sport for the Whole Family

With sevens rugby, the crowds can be heard yelling out names like Ellia Greed and Charlotte Caslick as often as you might hear Michael Hooper and David Pocock in a regular match. Speaking to the press, Ellia Green expanded on why Sevens is so popular. She believes that people are drawn in by the fact that they can watch many different teams in a single day from multiple countries all with differ styles and tactics. There really is something for everyone at a sevens rugby game which is why the sport is gaining so much momentum with the public.

With the Australian public firmly behind the game, the 2017 Sydney Sevens rugby event is sure to attract a completely diverse fan base. The competition will be held from the 3rd to the 5th of February and is expected to have woman and children firmly rooted in amongst the classic rugby enthusiast sitting in the stands. In February this year, the 2016 competition attracted over 73 000 spectators of which nearly half were first time ticket buyers. Woman’s rugby is now thought to be the fastest growing sport in the world with more than half a million new recruits each year.