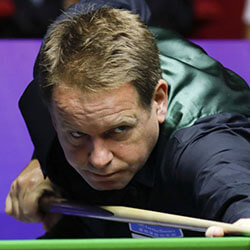 Northern Ireland players Joe Swail and Mark Allen have progressed to the second round of the UK Championship following success for both players. Mark Allen, who is currently world number seven thanks to his International Championship win in China earlier in the month, once again proved his mettle by beating Egypt’s world number 126 Basem Eltahhan 6-2.

Allen’s victory included breaks of 126 as well as 128 as the player ensured he’d be going into the second round, which will mean he is to face either England’s Peter Lines or Scotland’s Rory McLeod.

Veteran Joe Swail managed to beat Welshman Michael White 6-5 after coming from a 5-3 down. Swail’s recent struggles seem set to continue as White moved up with three to play, but White, who is world number 35, missed a number of key opportunities against Swail, and the latter managed a top break of 62 in frame 10, and fought back hard to take the win.

After the match, Swail told reporters that he had battled against White, but thanks to some mistakes that White had made, he managed to get through. Swail, who began his professional career in 1991, reached consecutive semi-finals in 2001 and 2001. Those two performances helped the player achieve a high ranking in his career, but after a decade of struggling, he’s now 97th in the world, but continues to play in international tournament despite the misgivings about first-round losers and tournament rankings.