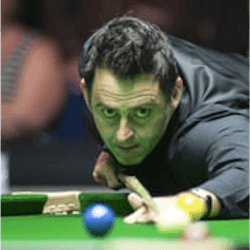 When English snooker ace Ronnie O’Sullivan first won the Snooker Masters, it was as a fast-rising star in 1994-95, whose age record of 19 years and 69 days has yet to be beaten. It took him 10 years to repeat the feat, by which time Scottish rival Stephen Hendry had held the six-tournament record for almost a decade.

O’Sullivan went on to win the Masters six more times from 2004-05 to 2016-17, his last two titles consecutively. He now holds a seven-Masters record, and another victory this year would keep him on track to challenge Hendry’s unbroken five-Masters run from 1988-89 to 1992-93.

There are still those who argue that Hendry is the greatest of all time, despite O’Sullivan’s superiority in the Masters. Hendry retired with 36 ranking tournament trophies on his mantelpiece; O’Sullivan’s current tally is 31.

Apart from giving him another record eighth Masters, a victory in the January 14-21 tournament at Alexandra Palace in London would also put O’Sullivan within four ranking tournament wins of Hendry’s all-time record.

And that, in turn, might encourage him to have a shot at snooker’s Triple Crown this year, which would cheer up fans disappointed by his recent admission that he found the third leg of the Crown ‘boring’ and might skip the 2018 edition.

Chance to Join Exclusive Club of 4

O’Sullivan is one of 10 snooker legends who have won all three legs of the Triple Crown at least once. Apart from seven Masters, he has also won the UK Championship six times, including as the youngest champion once again in 1993-94, and he’s won the third leg of the Triple Crown, the World Snooker Championship, five times.

However, he’s never won all three legs of the Triple Crown in the same season. That honour belongs only to three other players: Steve Davis, Mark Williams and, again, Stephen Hendry. Twice.

O’Sullivan’s latest UK Championship win was the 2017-18 edition, so a win at the Masters would leave him just one leg required to secure his first Triple Crown and get another victory closer to Hendry’s all-time record.

If he is victorious at Alexandra Palace, recent reports in the Daily Star claiming he’d rather work of reality TV show Hustle than take on the World Championship in April, which he finds dull, may prove unfounded. It looks like punters will have to wait until the end of the Masters to find out.