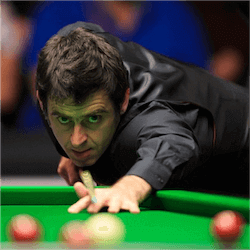 O’Sullivan Hiccup Ahead of 2018 Snooker Masters

English snooker ace Ronnie O’Sullivan had a bad day at the office in the quarter-finals of the Scottish Open on December 15, getting a whitewashing in a ranking event from long-time Scottish rival John Higgins for the first time in 23 years.

Higgins was 4-0 up by the interval, helped by three century breaks in a row of 109, 117 and 105. Despite a strong fight-back from The Rocket in the fifth frame, the Scot put away a 72 break and clinched a 5-0 victory.

In head-to-head games, a rivalry that goes back 25 years and includes 27 triple crown victories, the win allowed Higgins to close the gap a little, but O’Sullivan still has a commanding lead of 32 victories to 25. In the 60 ranking title games in which they have faced each other, there have been three draws.

The loss may dent the optimism of O’Sullivan fans ahead of the 2018 Snooker Masters, to be held at London’s Alexandra Palace from January 14-21, but it will be a slight dent only. The Rocket is the favourite and top seed for the Masters, and he’s also the defending champion for the second consecutive year.

The Rocket Is Still Looking Good

The loss is certainly a setback for O’Sullivan, who hasn’t suffered the nightmare of not being able to take a frame against Higgins since the 1994 Grand Prix, but probably a minor one. A few weeks earlier, he’d had no trouble beating Higgins 4-3 in the English Open and going on to win the tournament.

That’s not his only recent success; over a two-month stretch, he’s also reeled in the Shanghai Masters and UK Championship crowns. Given that his 31 ranking titles put him second only to Stephen Hendry, it’s easy to understand why he’s considered one of the greatest snooker exponents of all time.

In fact, The Rocket has won the non-ranking Masters seven times already, while Hendry only managed six. Online sports betting enthusiasts can be assured he’ll go into the January competition brimming with confidence.