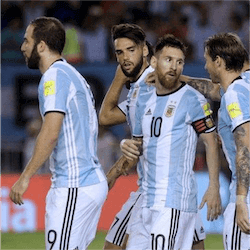 Argentina’s Talleres de Cordoba Reserve side, on a five-match winning streak, looked like it was about to take the top of the table in the 2017 season, when they faced Sarmiento Reserve. Sadly, it was not to be, as the Junin side put an end to Talleres’ winning run with a 2-1 victory in front of Sarmiento’s home crowd.

That leaves the Cordoba team in sixth position on the ladder, behind Union Santa Fe Res. after the latter’s 4-1 win over Temperley Res. on Tuesday. Both sides have 47 points, but Santa Fe have 45 goals for, as opposed to Talleres’ 44. Newell’s Old Boys Res., the top team currently, is only three points ahead of them, with Huracan Res., Boca Juniors Res. and Lanus Res. respectively in second, third and fourth place, all on 48 points.

So there is still plenty to play for in the Top Six, and Talleres may yet be able to take the lead. The win has also boosted Sarmiento up the ladder to 13th; they will want to continue rising throughout the rest of the season, as they are fighting to avoid relegation.

There is plenty of Argentinian Reserve League action for Australian betting enthusiasts over the rest of the week. Colon plays San Lorenzo and the week also offers a veritable smorgasbord of soccer. Talleres is in action again against Gimnasia y Esgrima Res. The La Plata club is currently 27th on the ladder, so Talleres will be hoping to avenge their recent humiliation.

The match that generates the most betting excitement, however, is likely to be the clash between Huracan and Union Santa Fe. A win for either reserve team will mean a leg up to the top of the table, so it is sure to be a ferocious struggle.