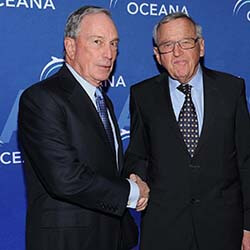 The Russian confirmed his decision to offload his ownership in the club earlier this week. Insiders believe he wants the sale to be finalised as soon as possible due to political pressure. While interested parties have been invited to table their bids by March 15, Wyss and Boehly have indicated that they’ll be making their offer already by the close of the weekend.

Swiss billionaire Wyss first unveiled his plans to join a consortium for buying Chelsea to a Swiss newspaper. He has now paired with Boehly, who also part-owns the LA Dodgers.

Boehly, who is the chairman and CEO of US entity Eldridge Industries, an investment giant in media and sport sectors, previously tabled a £2.2 billion bid for Chelsea. The 2019 offer was however rejected.

While Abramovich has said he wants around £4 billion for the club, experts expect he’ll be more likely to receive offers to the tune of £2 billion.

The Russian billionaire has been under increasing political pressure to sell since Russia’s invasion of Ukraine. He has strongly denied all claims of a close relationship with Russia and its president, Vladimir Putin.

Inside sources have revealed that at least one other group is likely to make an offer by the weekend. Reportedly considering the tabling of a bid is Egyptian businessman Loutfy Mansour. This, however, remains unconfirmed.