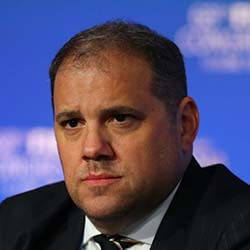 The players, who represented the Whitecaps in the 2008 and 2011 seasons, say they want Montagliani suspended at least until the finalisation of an independent investigation by Major League Soccer into Soccer Canada’s forgettable lack of action surrounding allegations of sexual misconduct on the part of former coach Bob Birarda in 2008. The players say they fear Montagliani would try and whitewash the incidents of wrongdoing on the part of Birarda.

Montagliani was Director of National teams during the same term Birarda was head coach of the Whitecaps women’s team.

An investigation into Birarda’s behaviour ultimately led to him parting ways with the Whitecaps, which both the team and Canada Soccer said at the time had been the result of a “mutual agreement”. Birarda however continued to coach girls’ youth soccer at junior levels of the sport.

The disgraced coach was eventually arrested in December last year, and now faces six counts of sexual misconduct, one count of child luring, and two of sexual assault. The charges span allegations made between 1988 and 2008. He is currently out on bail and has not yet entered a plea.

The players, who are supported by Canada’s Professional Footballers Association (PFACan), are now reportedly demanding that any executive involved in the departure of Birarda, but who failed to correctly state the reason(s) behind their decision, be fired from their posts.