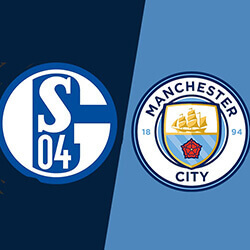 Manchester City are still not ready for the latter stages of the Champions League, according to manager Pep Guardiola as his team made a stunning comeback to beat Schalke for the first leg of their last 16 tie.

English forward Raheem Sterling scored the game-changing goal during the last minute of normal time, grabbing goalkeeper Ederson’s long kick before taking it home. The Premier League victor had entered the match as the favourite, and went out in front on 18 minutes through Sergio Aguaero. But the game eventually shifted in Schalke’s favour before the call for half time due to a contentious VAR decision, as well as two penalties from Nabil Bentaleb.

The first of Schalke’s spot kicks came not long after the intervention of VAR, who initially penalised City defender Nicolas Otamendi for handball when the ball hit his arm as he moved it behind his back. The next was given due to a foul by Fernandinho against Salif Sane, with the referee deciding to double down on his choice after consulting the VAR.

After being penalised for the handball, Otamendo was shown a yellow card due to a foul on Guido Burgsteller during the second half, which means that both him and Fernando will be sitting out of the second leg. With their seemingly oncoming defeat, Guardiola sent out Leroy Sane, and the German international promptly curled a free kick before Sterling took the winning goal for Manchester.