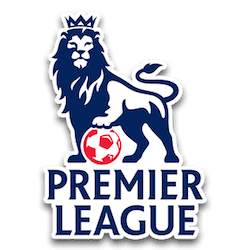 Australian betting fans following English football welcomed the start of the 2017-18 English Premier League season on Friday enthusiastically. The Arsenal-Leicester City match at Emirates Stadium didn’t disappoint, with the two sides delivering plenty of soccer action and seven goals. However, the Gunners proved too good for the 2015-16 champions’ defence, and won 4-3.

On Saturday, Watford came back with a late goal to hold Liverpool to a 3-3 draw, while Crystal Palace fans watched their team lose 3-0 at home to newly promoted Huddersfield Town. The other big shock of the day was defending champions Chelsea losing 3-2 at home to Burnley.

A frustrating Southampton vs Swansea City match ended in a goalless draw, while West Bromwich Albion beat Bournemouth 1-0, and Manchester City delivered a convincing 2-0 result against Brighton and Hove Albion, another new promotion.

Saturday’s Everton vs. Stoke City match was a close one; a goal from Wayne Rooney a minute into stoppage time at the end of the first half put the Toffees ahead, but Stoke came within a hair’s breadth of equalising in the dying minutes, when Everton goalie Jordan Pickford made a magnificent save on a cannonball shot from Xherdan Shaqiri.

Sunday saw Newcastle United, the third team promoted to the Premiership for the 2017-18 season, at home to Tottenham Hotspur. Newcastle’s Jonjo Shelvey didn’t help his side’s chances by getting sent off in the 48th minute; Spurs scored two second-half goals to win 2-0.

It was Manchester United that ended the weekend off in style, however, playing at home to West Ham. Romelu Lukaku scored twice on debut, and Anthony Martial and Paul Pogba found the back of the net too. Aided by sterling defence from their other debutant, Nemanja Matic, the Red Devils dominated throughout, to win 4-0.

Pick of Next Week’s Matches

Manchester City are at home to Everton next Monday night, which should be a closely fought clash. City are heavy favourites in the betting, at less than $0.40, but Everton are quite capable of giving punters a $9.00 surprise.

Saturday’s Liverpool vs Crystal Palace game should produce a tight contest, with Liverpool also fancied heavily at $0.40, and Palace $9.00 underdogs. On Sunday, punters can get $1.50 on Huddersfield and $2.30 on Newcastle, in a match that could go either way.

Sunday’s big game is Chelsea vs Spurs, though. Tottenham are at home, and offered at around $1.10, with the Pensioners at a less favoured $2.80.