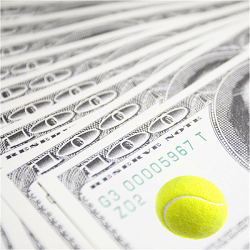 In Australia, online tennis betting is one of the biggest betting markets, so when a case of match fixing makes headlines, everyone wants to know about it. This week, a global match-fixing investigation resulted in the arrest of 34 people with known links to tennis match-fixing. Spanish police arrested the members of the network who were allegedly manipulating online tournament bets in Spain and Portugal.

While Australian punters can breathe a sigh of relief, in Europe, this may not be the case. The online betting and match-fixing manipulation bets were all made on men’s matches which apparently pulled in more than half a million AUD in winnings. The members of the network include a total of six tennis players and two main ringleaders who all worked together to arrange the loss of specific tennis matches in no less than 17 sporting events.

The tennis player’s identities are not known at his time but authorities have issued a statement saying that each player falls into the lower half of the world rankings between 800 and 1200 worldwide. If the people involved are convicted of the charges of sports corruption, they could face up to 4 years in prison each. The match-fixing investigation was initiated when police received at tip off from the Tennis Integrity Unit. This is an anti-fraud tennis body based on London. It is funded by major stakeholders in the International Tennis Federation.

The case was soon picked up by local authorities when the investigation revealed an unusual amount of online bets relating to specific tours. The tours were mostly in the lower level of the men’s pro tennis tournaments. The criminal network allegedly used instant messaging and social media platforms to attract online bettors from around the globe. A former tennis player was used as an intermediary to bribe the players on the court. The players who participated were asked to lose games, points and sometimes whole matches.

For their efforts, the players were paid $1,000 per match which seems a low price to pay considering it could earn them four years in prison. With tennis match fixing becoming a major concern, tennis officials have had to resort to new measures to restore the public confidence in the sport and continued online betting practises.