ABN and Memphis Open is Ready 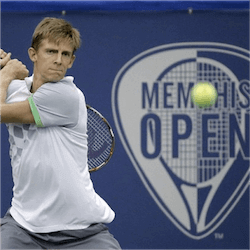 The ATP 250 February Events Are Here

January saw the conclusion of three of the most popular ATP events. The ATP 250 events in Montpellier, Sofia and Quito have finished and now fans are looking towards February forMore great Tennis action.

Former Wimbledon champ and current ABN tournament director, Richard Krajicek will be welcoming some of the finest stars in the world to the tournament.

Two of the biggest names that will be at the event are Rafael Nadal who is a 14 time title winner along with Grigor Dimitrov and of course Stan Wawrinka. They will be joined by current defending champion of the ABN Amro title, Martin Klizan.

In the same week as the ABN Amro, fans can also see the Memphis Open matches. This year features the return of two American favourites, Taylor Fritz and Steve Johnson. Fritz is only 19 years old and this year’s Memphis Open will be his second showing at the event after his debut at the event last year.

He had an amazing run to the finals but it was cut short when he had to face Kei Nishikori. Nishikori beat Fritz to take home his fourth Memphis Open title but Fritz still walked away victorious in many ways, due to his form impressing the tennis world.

Fritz managed to work his way to the 53rd position in the world rankings and he also pocketed the ATP Star of Tomorrow award. He seems to be following in his mother’s footsteps who herself was a top ten women’s tennis player.

Johnson on the other hand is a 27 year old veteran that may be looking for another quarterfinal showing, or better this year. He has two NCAA championships to his name and it will be his third appearance at the Memphis Open.

Johnson has spent the start of the year in Australia preparing and competing in the Australia Open.

Currently the top ranked seed for the Open is John Isner, a world no 19 player. This is to be confirmed however as there will be a wild card draw on the 10th.  It will be the thirds and final draw by the tournament director, Erin Mazurek.

These two ATP 250 events feature some fantastic tennis stars. There may even be a few upsets waiting for players as young blood steps up to challenge the status quo at both the Memphis Open and the ABN Amro World Tennis event.