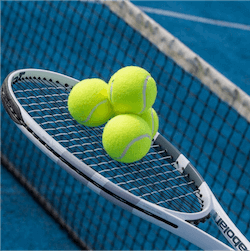 Australian WTA tennis stars Arina Rodionova and Lizette Cabrera are seeded fourth and sixth, respectively, in the 2017 Mumbai Open from 20-26 November. That could change before the tournament starts, however. At the time of writing, both still had the final weekend of the 2017 OEC Taipei WTA Challenger ahead of them.

Rodionova, knocked out of the singles draw in the Round of 32 by Jang Su-jeong of South Korea, was preparing for her doubles semi-final, partnering Serbia’s Nina Stojanovic against fellow Aussie Monique Adamczak and Britain’s Naomi Broady.

Cabrera, who suffered a first-round exit in the doubles alongside Hungary’s Fanny Stollar, losing to the Thai-Indian duo of Luksika Kumkhum and Prarthana Thombare, was through to the singles quarterfinals, facing the Netherlands’ Arantxa Rus.

The emphasis on everyone’s nationality in that synopsis is deliberate. The idea that any nation or ethnic group outranks another is given the lie by the sheer diversity in the Top 200 of the WTA rankings.

In fact, a glance at the Australia’s Top 10 WTA contenders reveals that the nation’s tennis talent is a true melting pot. It includes first-, second- and third-generation Australians alongside those whose ancestors have been here for hundreds of years, even stretching back to the first peoples to settle the continent.

Rodinova, a first-generation Australian born in the then-Soviet Union, and Cabrera, born in Brisbane to parents who arrived from the Philippines, are typical of the strength that robust multiculturalism offers. The two lie fourth and fifth in Australian rankings.

Current Australian No. 1, Ashleigh Barty, is a shining example. Her Queensland mother has English parents, while her Ngarigo father’s ancestral roots in New South Wales go back millennia. Aussie No. 2, Daria Gavrilova, was born in Moscow, and Brisbane-born Sam Stosur, at No. 3, has a Polish grandfather.

Melbourne-born Destanee Aiava, Australian No. 6, is of Samoan parentage, by way of New Zealand and American Samoa. No. 7, Ajla Tomjlanovic, has a Croatian father and Bosniak mother and was born in Zagreb; No. 8, Olivia Rogowska, has Polish-born parents.

No. 9, Priscilla Hon, was born in Brisbane to parents from Hong Kong, while No. 10, Isabelle Wallace, was born in Inverness, Scotland, switching back and forth a few times before finally settling in Australia in 2015.

Any blacksmith can tell you that alloys are stronger. Australian women’s tennis is concrete proof and you can get in on the action by placing wagers online at Crownbet.